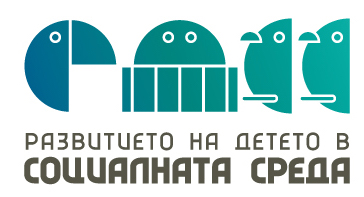 Child development in the social environment

We need to consider education as a preparation for life. It is related not only to the mastering of academic knowledge, but also to the unique potential of the child to develop independent thinking, decision making, self-discipline, ethic, communication skills, a complex set of cooperation, critical thinking and problem resolution skills.

How is this goal implemented in the family and in the classroom? What are the children’s achievements in the area of social development? Are there specific measurements of the social functioning of the students?

All these questions are topics at the forthcoming Education Conference: Child Development in the Social Environment.

Book the date for your participation!

The program of the Education Conference: Child Development in the Social Environment involves the scientific researches by internationally recognized neuropsihologists, sharing expertise of world-class trainers, writers and experts in human potential development. As part of the conference there will be screening of a documentary featuring methodologies to support the social skills development.

Program of the Conference

Educational Conference: Children’s development in the social environment should be attended by every parent and teacher who wants to improve the learning process.

Simultaneous translation of all international lectures will be provided during the conference, while the documentary will have subtitles in Bulgarian language.

For more information, please e-mail us to office@imontessori.bg.

Speakers at the education conference will be international scientists and neuropsychologists, world-class trainers, writers, and human potential development experts.

Through the meeting of different views of scientists, trainers and experts, the event will discuss the opportunities for growing and strengthening children’s social competences from an early age to adolescence. The conference aims to help parents, teachers and institutions to improve their understanding of children’s development in the social context, to deepen their knowledge of the needs of acquiring the social skills necessary for life.

Beyond the presentations, the conference program offers panel discussions with teachers, parents and representatives of the institutions, which will enable a constructive debate on science-based research and methodologies.

Simultaneous translation into Bulgarian language via earphones will be provided.

Educational Conference: Children’s development in the social environment should be attended by every parent and teacher who wants to improve the learning process.

You could send us questions to the speakers by clicking here. 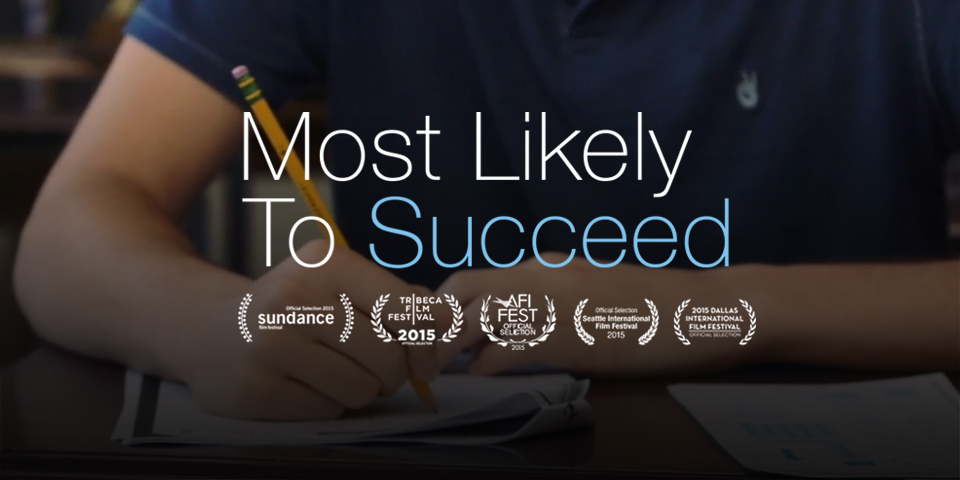 As part of the conference program on 17 September, an exclusive screening of the documentary “Most Likely To Succeed” will be held in Bulgaria.

On 17th of September Education Conference: Child Development in the Social Environment will take part in Most Likely to Succeed’s worldwide campaign to re-imagine education.

The acclaimed film Most Likely to Succeed opens a discussion on how today’s school prepares children for the skills of the future and offers an inspiring look at what students and teachers are capable of—if we have the vision and courage to transform our schools.

Directed by acclaimed documentarian Greg Whiteley, the film has been an official selection of two dozen of the world’s top film festivals, including Sundance, Tribeca, and AFI DOCS. It’s been featured at leading conferences on education, including ASU/GSV, SxSWedu, Harvard/GoldmanSachs, and NewSchools Venture Fund. Audience members call it the most compelling film ever done on the topic of school. In the past year, more than 2,300 communities have booked a screening of Most Likely to Succeed.

The documentary is filmed in well over one hundred classrooms and interviews with teachers, students and parents, education specialists, economists, business leaders like Ted, Tony, Thomas Friedman of the NY Times, Sal Khan of Khan Academy, Lazlo Bock of Google and Sir Ken Robinson, shed light on the urgent need for a new kind of education that develops the uniquely human skills and capacities that cannot be replaced or made obsolete by a machine.

Most Likely to Succeed points to a transformation in learning that may hold the key to success of education as we grapple with the ramifications of rapid advances in technology, automation and growing levels of income inequality.

This film should be watched by every caring parent and educator who wants to improve the learning process.

As part of the conference program there will be organised workshops, children’s activities and presentations with free access for all people willing to take part. Children are welcome for free!

At home with Montessori method

Meditate with Milena Goleva – Yoga for children and adults

The program of workshops and activities is open to all visitors of Paradise Center. We will be expecting you with your child and friends!

If you have question or suggestions, please send us an e-mail to office@imontessori.bg.

The conference will help parents and teachers to enrich their understanding of children’s development in the social context, deepen their knowledge of the needs of social skills for life.

As part of the program of Educational Conference: Child Development in the Social Environment, parents and teachers will be able to benefit from presentations and demonstrations of well-established and innovative programs, methodologies and tools to support the children from early age to adolescence.

We believe that children are transforming elements of society that will lead to a harmonious and peaceful world.

Visit the demonstration areas that is with free access for all visitors of Paradise Center. Take advantage of presentations of well-established and innovative programs, methodologies and ways to help children from early age to adolescence.

Looking forward to meeting you there!

If you want to arrange a Demo corner, please e-mail us: office@imontessori.bg.

„Within the child lies the fate of the future.“ 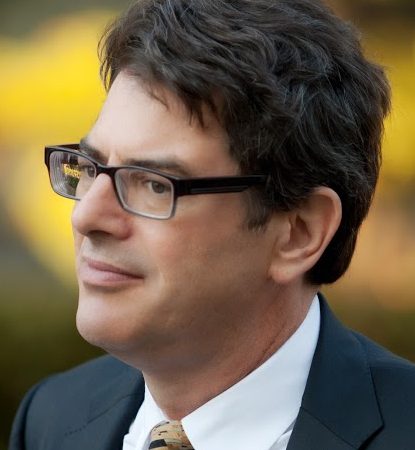 Dr. Steve Hudges about the attention and executive functioning in young children 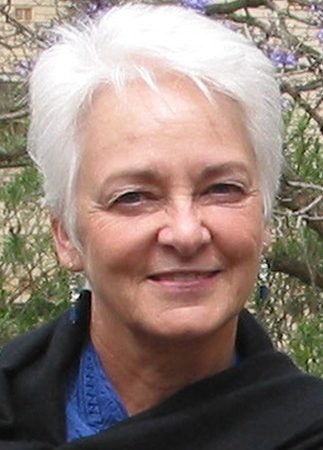 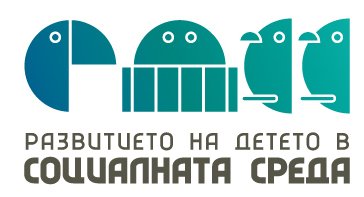 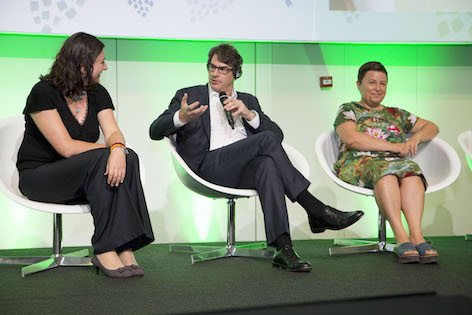 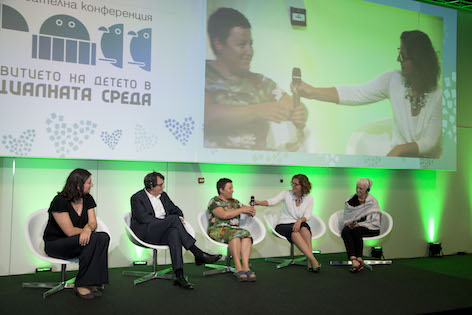 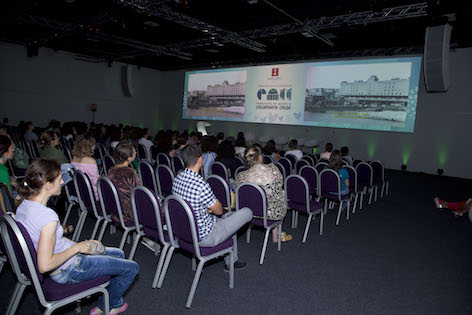 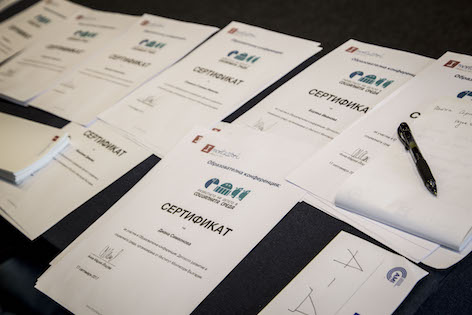 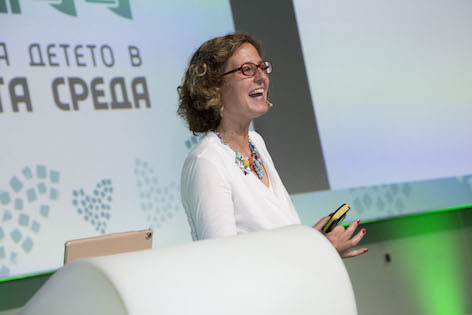 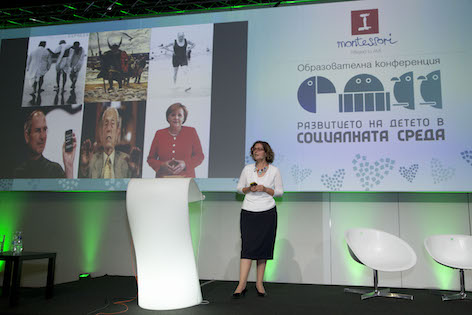 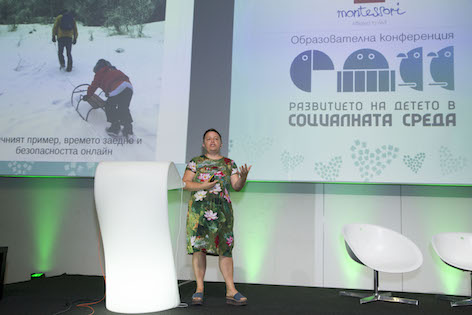 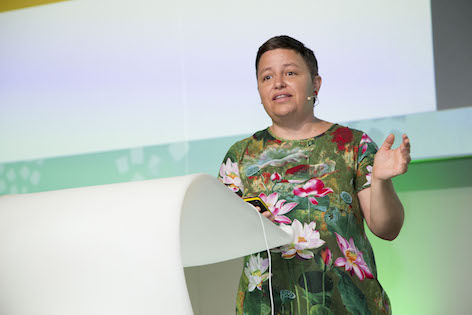 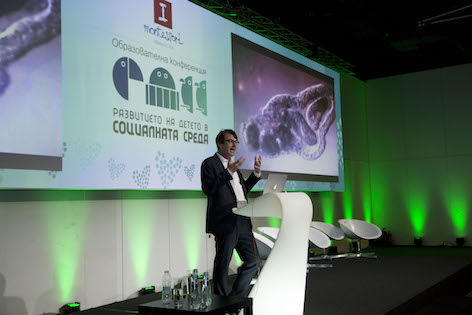 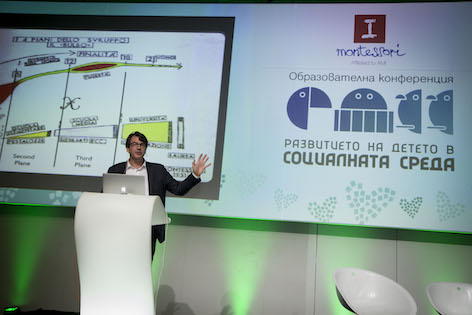 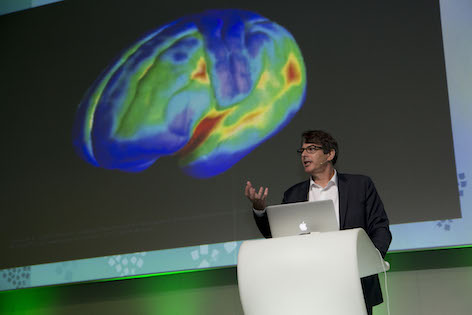 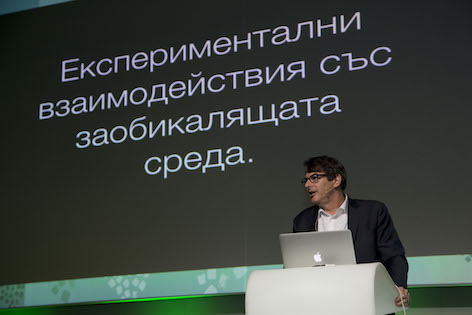 Participation in the conference requires to register here and get a ticket on the amount of 45 leva. Alternatively, you could get a ticket by Eventim and sign in sending an e-mail to office@imontessori.bg. Special discounts for all individual members and subscribed educational organisations of Institute Montessori Bulgaria.

As part of the conference program there will be organised workshops, children’s activities and presentations with free access for all people willing to take part.

Children are welcome for free!

If you have questions or need additional information, e-mail us at office@imontessori.bg.